Our top arborist job this week involved cleaning up an acreage property. A very large dead gum tree was posing a threat to neighbouring properties. It had been regularly dropping deadwood from the canopy onto the ground below. Although this was not posing an immediate threat to the house some 30m away, it was dangerous for anyone mowing, playing underneath or heading to the nearby shed. It was also frustrating for the owners to be constantly cleaning up the fallen limbs. Furthermore, the tree was at risk of complete failure meaning that it could have fallen on either of the neighbouring properties. After a discussion between our arborist and the homeowner, it was decided that the best course of action was to remove the canopy but leave the trunk in place as potential wildlife habitat. Our skilled arborist first of all set safety lines in the tree, rigging the canopy to a nearby healthy gum tree on the same property. Two safety lines were tensioned between the two trees to ensure the stability of the dead gum during the cutting process. This also ensured that, once cut, the canopy fell in the intended drop zone. One rope ran through our petzle pro traxion secured at the base of the healthy gum. The second rope ran through a pre-tension pulley to a 4WD ready to pull the canopy away from the tree and the arborist in it. Our qualified climbing arborist then set his own climbing lines in the tree. The wind played havoc with the Big Shot Slingshot, making it nearly impossible to set safe climbing ropes at the base of the canopy. Persistence paid off though, and soon our arborist was on his way up the tree. He made the face cut and removed the front wedge. Finally, with all rigging tensioned up, the canopy was professionally cut from the tree. The time taken to precisely set all rigging and cuts ensured that the canopy fell perfectly into the drop zone...where it shattered into beautiful pieces of firewood for the homeowner. We further cut up the larger limbs for next winter's firewood supply. 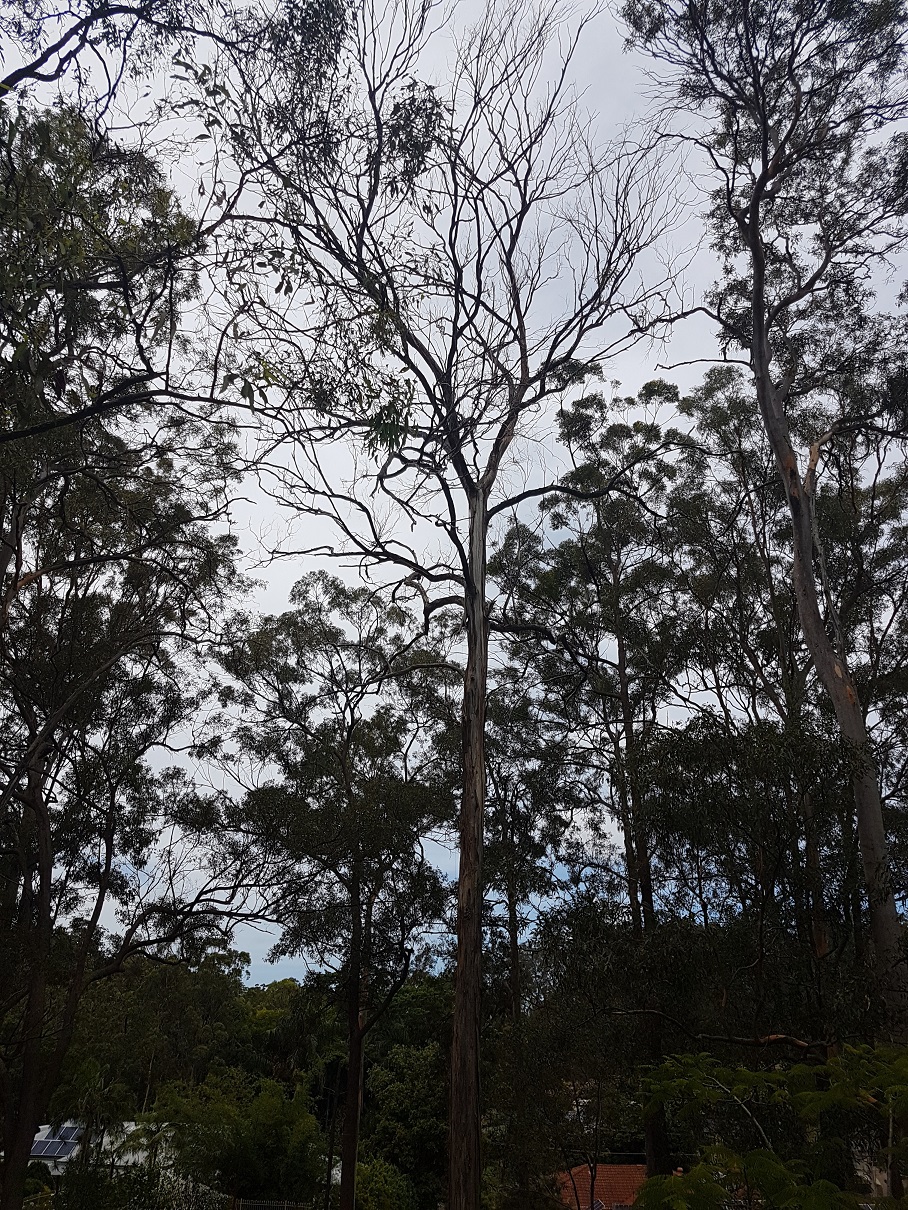 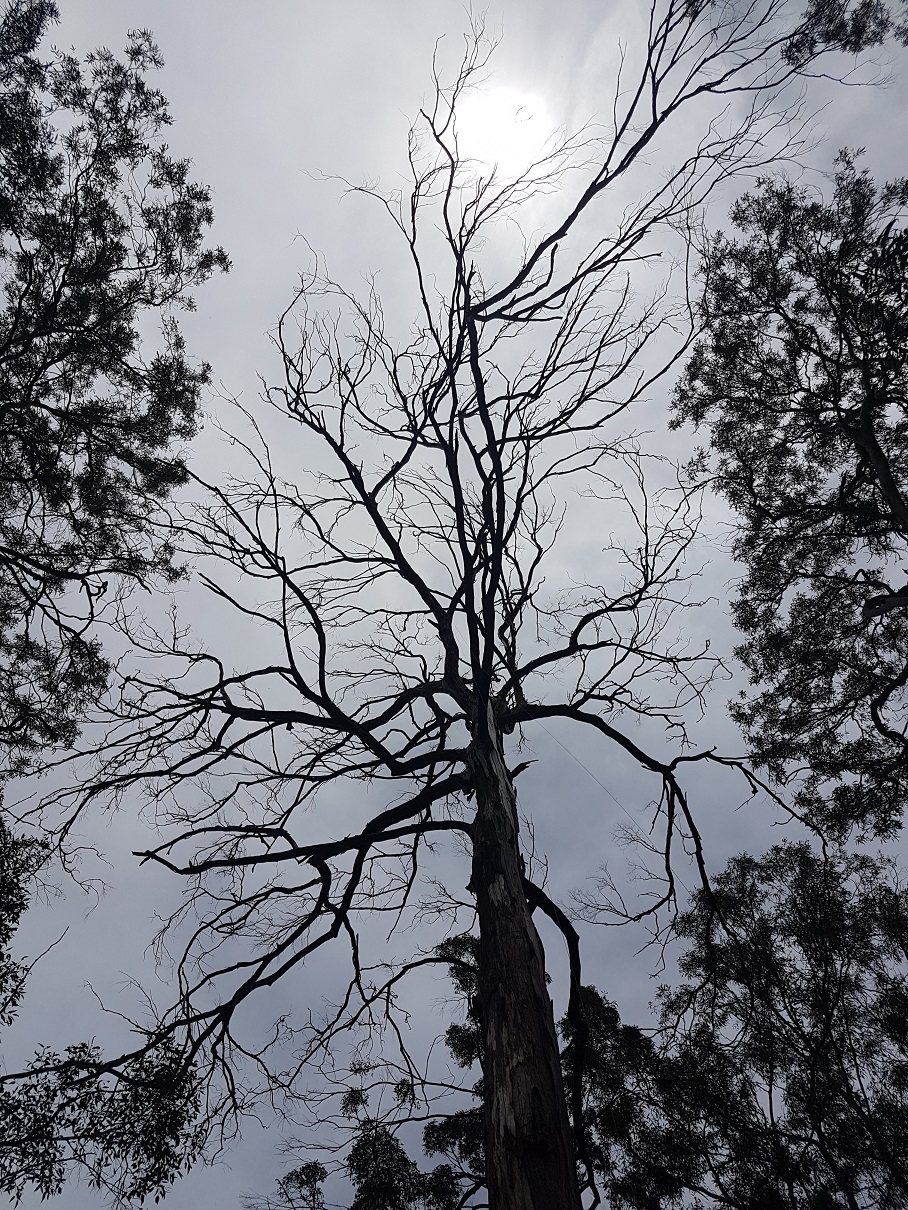 In addition to the dangerous gum tree, the owner also had a large cocos palm which had overgrown its space in the garden. Cocos palms are now a declared pest species throughout South-East Queensland. This cocos palm had hidden amongst surrounding golden cane palms for quite some time. When it began dropping heavy dead palm fronds on the courtyard below, it was time to remove it. Our client also wanted to thin out the large clumps of golden cane palms. After thinning out the golden cane, the cocos palm removal was completed by felling it into the adjacent courtyard. The Kanga mini-loader did its job in removing the heavy palm trunk (40cm diameter) and loaded it straight into the chipper. The environment benefited from the removal of this pest, as the owner plans to use the palm mulch to aide the growth of his native gardens.

After cleaning up and heading out, there was just one thing left to do: create a video of the day!

Back to Tree lopping Brisbane 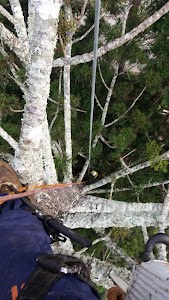 Sue Lever
07:37 15 May 18
Would highly recommend this company ... We were very happy with everyone at Aussie Tree Care ... from first contact until job was completed everything went well. Quote was attended and sent to us promptly ... and followed up by Kylie in the office. Booking was then made and once again Luke turned up right on time and along with Shane set to work straight away, keeping us informed as he went ... and then they did a great job of cleaning up as well with minimum disruption to our established garden beds and pool area. We will definitely be back in contact when we need further work done.

jalal Shahraki
04:04 20 Jun 18
Loved the work done by Luke and his great team. Very professional and really affordable. Did a lot if extra jobs than their quote for a little extra.

Kate Adamson
05:59 16 May 18
Couldn't recommend Aussie Tree Care more highly. Extremely helpful, professional and friendly. We were very happy with the work done and will be having them back in 18 months for the next stage. Thank you Kylie and Luke.

Valerie Barlow
03:40 26 Aug 18
Luke has again lopped all the large trees in our complex, he's done a top job, and has left the area spotless and the price was excellent.

Shelle James
11:26 16 Mar 18
Great, efficient service! Prompt communication and accurate quotes. My yard was transformed by the removal of troublesome and invasive yukka plants. Would recommend Aussie Tree Care, i will definately be using their service again.

sa al
02:08 30 Jan 19
Outstanding Service, second to none. Aussie Tree Care(ATC) should be your first (and only) quote for any tree lopping work. I cancelled further quote bookings after Kylie & Luke provided very prompt service. After recent storms on the Gold Coast we required a large downed tree removed. Luke arrived on time as advised to conduct a face to face quote, noting state of partial yard work I was completing, he quoted separately for additional work. ATC are competitively priced and their kind, professional and such timely service is a rare find. I assure you that you won’t find better. The yard and garden beds had minimal disturbance and the thoughtful placing of a fresh mulch pile has allowed us to reinvigorate our garden beds. We will be using ATC in the future.

Trevor Clare
01:12 27 Mar 19
Crew were great and cleaned up after the jobWill refer to all my neighboursThank you for your great work

Arthur Sheen
02:10 04 Apr 19
Luke and George have transformed our property from an overgrown mess into a tidy, manageable, pleasurable garden. I can not recommend this company enough, they are a professional outfit who have a passion for what they do. Likes knowledge of trees is second to nun, his willingness to help others is admirable and generous. This company is cost effective; you pay for what you get with an added care that you cannot pay for.Arthur and Jennifer

Michelle McCuaig
04:14 29 Apr 19
Fabulous service and price - on time, did what they quoted for and took away all the rubbish. Lovely to deal with and would highly recommend them!

Eloise O'Brien
00:50 03 Aug 19
I could not be happier!!! Kylie and the team have been so helpful and knowledgeable. They walked me through every step and the process was so easy! My garden looks beautiful and I honestly cannot recommend them more. 10/10.

Trevor Clare
01:12 27 Mar 19
Crew were great and cleaned up after the jobWill refer to all my neighboursThank you for your great work

Siobhan Hubbard
08:23 11 Sep 19
Excellent Service and Price! Team were very friendly and went above and beyond. Couldn't recommend them enough.

Active Communications
05:14 26 Sep 19
Great people to deal with. Thoroughly Professional. Knowledgeable, friendly, punctual and performed the work with some extra attention and advice. Highly recommend them.

Robyn Rapsey
06:01 08 Oct 19
Kylie and the team were fantastic and professional from the moment of contact. Very well priced. Second time I have used this company for separate jobs. 10/10 would use again and recommend.

Trisha Moon
04:40 12 Nov 19
I highly recommend Aussie Tree Care. From start to finish they were very professional, excellent customer service and just absolutely amazing. They exceeded all my expectations and are a brilliant team. Will definitely use them again in the future.

Slinky Fisher
00:02 03 Feb 20
I can't speak highly enough of the team from Aussie Tree Care. Not only did they do an awesome job... exceptionally neat, quick and professional. Luke and Kylie were fantastic to deal with. So cooperative, helpful and great with communication and service. Great company, great people and a great job done. Thanks heaps.

Patricia Miers
03:22 19 May 20
Excellent job in felling my very large pine tree. Will use this company for any future tree work. Thanks again for an excellent job.
See All Reviews Write a review